My Old Friends: From Hyacinth to Birch

From Poetry of Flowers (A book Emily may have referenced), “Grief: According to mytholgists, this flower sprang from the blood of Hyacinthus, who was killed by a quoit, through the agency of Zephyr, who blew it fom its course as it passed from the hand of Apollo, and smote the unfortunate youth on the head.”

“I wish I could show you the hyacinths that embarrass us by their loveliness.” Emily’s letter to James D Clark.

I am in love with him
To whom a hyacinth is dearer
Than I shall ever be dear.

On nights when the field-mice
Are abroad, he cannot sleep.
He hears their narrow teeth
At the bulbs of his hyacinths.

But the gnawing at my heart…
He does not hear. 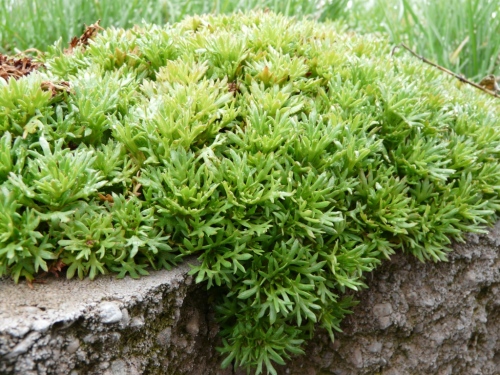 There are so many things to which you could compare a garden, not the least of which is friendship. Each year it comes back, sometimes a little worse for wear, but you have a history–an investment in one another.

The pictures I’m sharing today are from my garden–it’s some of my dear old friends emerging from winter in mid-April 2012. They’re bursting out and embracing the day! Some of them are thriving, some are fighting for their lives. 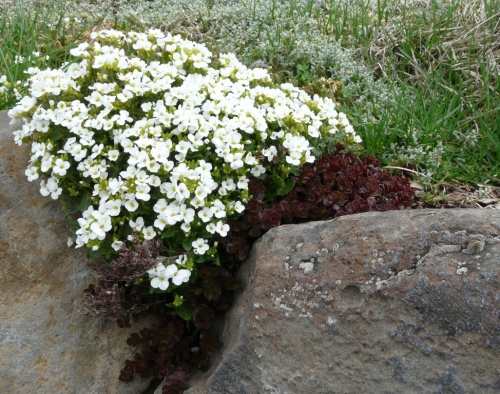 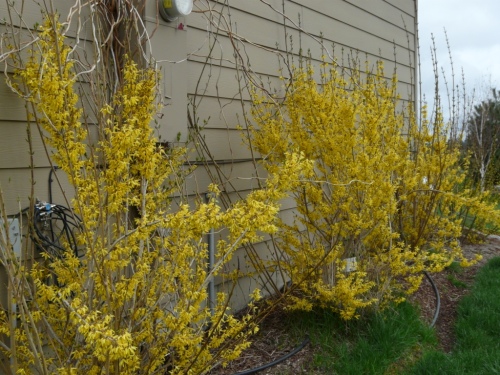 “Elsa’s Rock” Daffodils to commemorate her death two years ago. What I realized during that time, a great epiphany for me, was that even when we want to hold onto our memories of lost loved ones–and Elsa was very dear to me having been raised from a puppy and sharing my trials and tribulations–our minds let them slip. I was horrified of that. Two weeks after her death, as I stood outside and tried to imagine her, it was hard. Then, a day passed without me thinking of her at all. This rock was placed there, over her burial spot, to remind me to think of her…and to give me a spot to sit while doing that under the Weeping Willow. I planted the daffodils because she died when they were in bloom. Every year they come up, they remind me of my loss–and my loss reminds me of my great gain–having her for thirteen years on this earth. 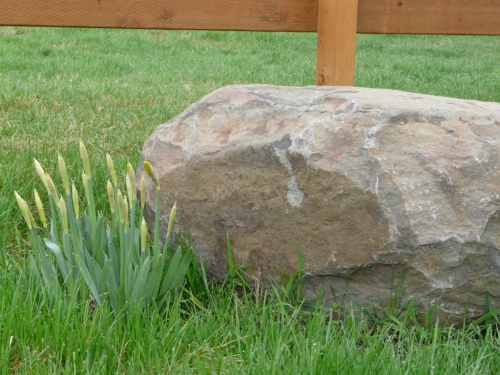 Daisies–Emily’s nickname was “Daisy”, and she refers to herself as such in the “Master Letters.”

Oh – did I offend it –
Didn’t it want me
to tell it the truth
Daisy – Daisy – offend it – who
bends her smaller life to
his, it’s meeker lower every day –
who only ask – a task –
something to do for
love of it – some little way
she cannot guess to make
that master glad –
A love so big it scares
her, rushing among her small
heart – pushing aside the
blood – and leaving her
faint and white in the
gusts’s arm –
Daisy – who never flinched
thro’ that awful parting –
but held her life so tight
he should not see the
wound – who would have
sheltered him in her
childish Heart – only it was’nt
big eno for a Guest so large –

(Letter 2 1861–Emily to “Master”–actual person is a mystery which stays unsolved.—Word choice changes were chosen by me. Example: bosom/Heart and other ommissions.) 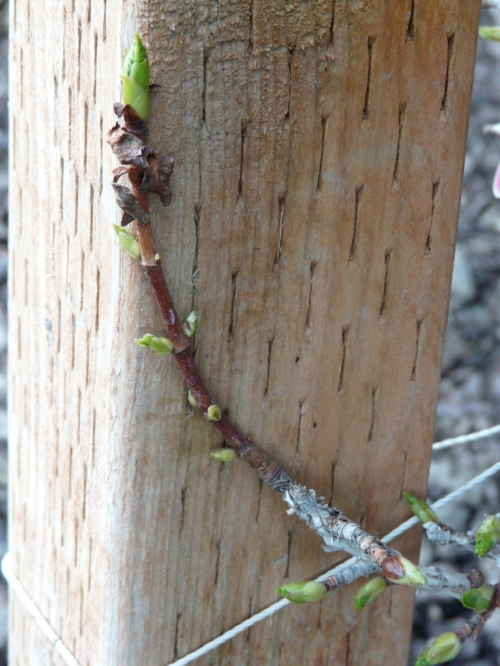 2 responses to “My Old Friends: From Hyacinth to Birch”